Certain racial and ethnic groups should be screened earlier for diabetes

Ryan Tannehill has been good for the Tennessee Titans.

In three seasons, he won them a lot of games. They were much better off with him than without him. He is essential to the continued success of this team.

I feel like such a reminder is needed today. Maybe not for you. Perhaps by reading this you have already made up your mind about Tannehill. He has, after all, become a polarizing figure without intending to be.

No, the person I think needs to be reminded is Tannehill himself.

It wasn’t something I would have thought of before Tuesday’s press conference in Nashville. Over the course of approximately 17 minutes, Tannehill was exceptionally candid with the Titans reporters, who grilled him on a number of sensitive topics. Tannehill stood in the pocket and answeredsometimes coming across as a sympathetic figure because of what he revealed in the process.

And this part does not get enough attention.

What jumped out at me were lines like “I was in a dark place” after throwing three interceptions in the Titans’ playoff loss to the Cincinnati Bengals. Or that the game has become “a scar that I will carry with me throughout my life”.

It’s admirable that Tannehill also spoke openly about seeking therapy to overcome the defeat, saying, “This was probably the first time I absolutely needed it to pull myself out of a dark space.”

You shouldn’t gloss over sanity claims like those of anyone, even a millionaire quarterback.

To me, they explained why Tannehill had largely disappeared from the public eye since the Bengals game. And they were another sign of everything that loss took away from the Titans as a whole. Imagine being the quarterback blaming himself for a loss so painful your the general manager cried while talking about it weeks later.

“It’s a deep scar,” Tannehill said. “It was a lot of sleepless nights. Every time I closed my eyes, I saw the match in my head. … I was in a dark place, and it took me a long time and a lot of work to get out of it. I was not someone who went easily.

When Tannehill was absent at the start of voluntary workouts, it could have been interpreted as a pout. Looks more like Tannehill was on a bad streak. He was really going through a tough time. He may still be.

Yet that’s not what mainstream football audiences took away from Tannehill’s press conference. ‘Cause Tannehill messed up towards the end when he said it was not his job to mentor newly drafted quarterback Malik Wills.

He’s not wrong. It’s not his job. It would also be presumptuous of Tannehill – and perhaps even a little condescending – to introduce himself as a teacher and Willis as a student without yet knowing if this is how Willis views their relationship as competitors for game time.

Do I think Tannehill would help Willis if asked? Absolutely. Tannehill added in the same response that it’s “a good thing” if Willis finds out about him. I don’t believe Tannehill meant it as if it was being described.

But Tannehill still shouldn’t have said it the way he did.

“I don’t think it’s my job to guide him” sounds salty and defensive. The NFL loves its offseason soap operas, and this line fits perfectly into the league’s pre-existing narrative of a starting quarterback irritated when another quarterback is drafted.

Tannehill is not like that. I never heard of him being a selfish teammate. Nonetheless, it has become something he will have to broadcast in the dressing room, especially with new players like Willis who don’t know him well. Otherwise, it could become a bigger problem that the Titans don’t need right now.

For the first time in years, the mood with the Titans began to deteriorate. It’s not good. There are indications of a stable operation starting to unravel following a bitter playoff loss that threatens to become a turning point for the franchise if it can’t live without it.

While Tannehill struggles to recover, the Titans have apparently been in this grim offseason as well, advancing the ridiculous notion of a rebuild for a team that just won a dozen games and was the AFC’s top seed.

Trader AJ Brown was something Jon Robinson never wanted to do in the first place. He felt obligated as a last resort in negotiations that went wrong. It made the Titans roster worse, no doubt, but it also anticipated what could have been a major distraction had it gone on.

Brown’s former teammates didn’t like losing one of the Titans’ best players, understandably, including Tannehill. He said of Brown’s trade that he “slept really badly that night” and “kept thinking, ‘It’s just a bad dream’.”

This is not normal Tannehill verbiage. That was twice he brought up about not sleeping well in the same press conference, if you count.

And the Titans should count – and listen.

Because the Titans are going to need their quarterback more than ever. And in a way that seemed more concerning as it became clearer on Tuesday, Tannehill might also need some mentorship from them. 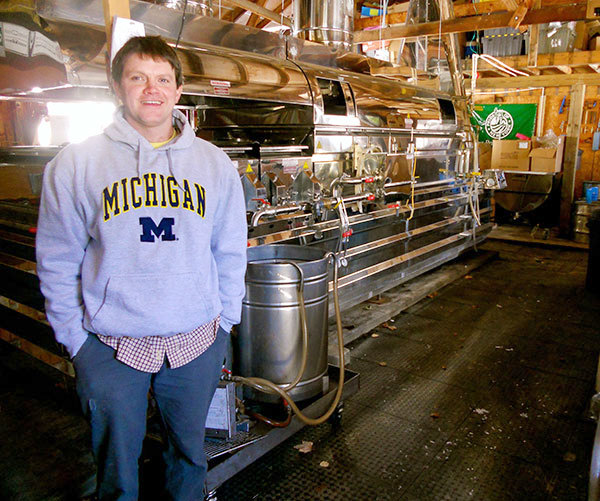